Aya Komemura (left) and Kaede Watanabe (right) finished their undergrad studies. Ayu and Kaede carried out a histological analysis of astrocytes in carnivores and cetratiridactyls. Well done! And all the best for the future.

We are busy packing up the lab. After 4.5 successful years at Hokkaido University the Patzke lab is moving to a new destination. Stay tuned for more updates!

Over the span of two weeks our laboratory hosted 2 HSI courses on brain morphology and evolution. Students and instructors from 5 different countries participated in these 2 courses. We would like to thank all participants who made these 2 HSI courses a big success. We are looking forward to host them next year again.

Undergraduate level: Fundamentals of Comparative Neuroanatomy and Behaviour: from birds to whales

Suzuka Iritani (left) and Minasa Kasai (right) finished their excellent undergrad studies. Suzuka demonstrated that the hippocampus of seals is smaller when compared to their land-living relatives, the Carnivores. Minasa did a histological analysis of the dolphin’s amygdala. Well done! Suzuka will continue with her Master studies in our lab.

Whales and dolphins lose heat to their aquatic environment 90 times faster than terrestrial animals in air.

Even a slight drop in brain temperature makes many neurons inactive, greatly reducing mental activity. In a recent study we demonstrate that whales and dolphins possess a specialized brain heat-producing system to combat this environmental pressure of heat loss. They have the internal chemistry that allows the brain to function as its own heating element.

Proteins called uncoupling proteins (UCPs) are involved in this internal heat production by preventing efficient ATP production for normal neuronal functions and instead convert this energy as heat. Results of the study showed that 90% of the neurons in whale and dolphin brains contain UCPs, much more than closely related species (such as the river hippopotamus that only has 35% of UCP containing neurons).

30 to 70% of glia cells of whales and dolphins contain UCPs, which is 30% denser than other related species. Furthermore,  nerve terminals that contain the neurotransmitter noradrenaline are about 30% denser in whale and dolphin brains when compared to closely related species. Noradrenaline is involved in processes that control the concentration and activity of UCPs.

These findings show that cetaceans have an increased ability for thermogenesis due to higher expression of UCPs. These heat-regulation mechanisms may have contributed to the evolution of large brain size in whales and dolphins.

Jinta Kasai has finsihed his Master thesis. All the best for your new job!

We are happy to announce that this year we will be participating in Hokkaido Summer Institute with 2 new courses:

Undergraduate level: Fundamentals of Comparative Neuroanatomy and Behaviour: from birds to whales

The objective of this course is to give the students an overview of the different ways the brain and behaviour evolved in separate, but closely related vertebrate classes.

The aim of this course is to demonstrate the use of an integrated set of multidisciplinary methods, ranging from neuroanatomy to MRI (Magnetic Resonance Imaging) processing to theoretical modeling, to better understand brain morphology of large mammals (e.g. Whales).

In a serious of publication in the Journal of Comparative Neurology, in collaboration with the laboratory of Paul Manger, University of the Witwatersrand, South Africa, we examined the anatomy of the amygdala, the diencephalon and the hippocampus of the feliform banded mongoose and the caniform domestic ferret. 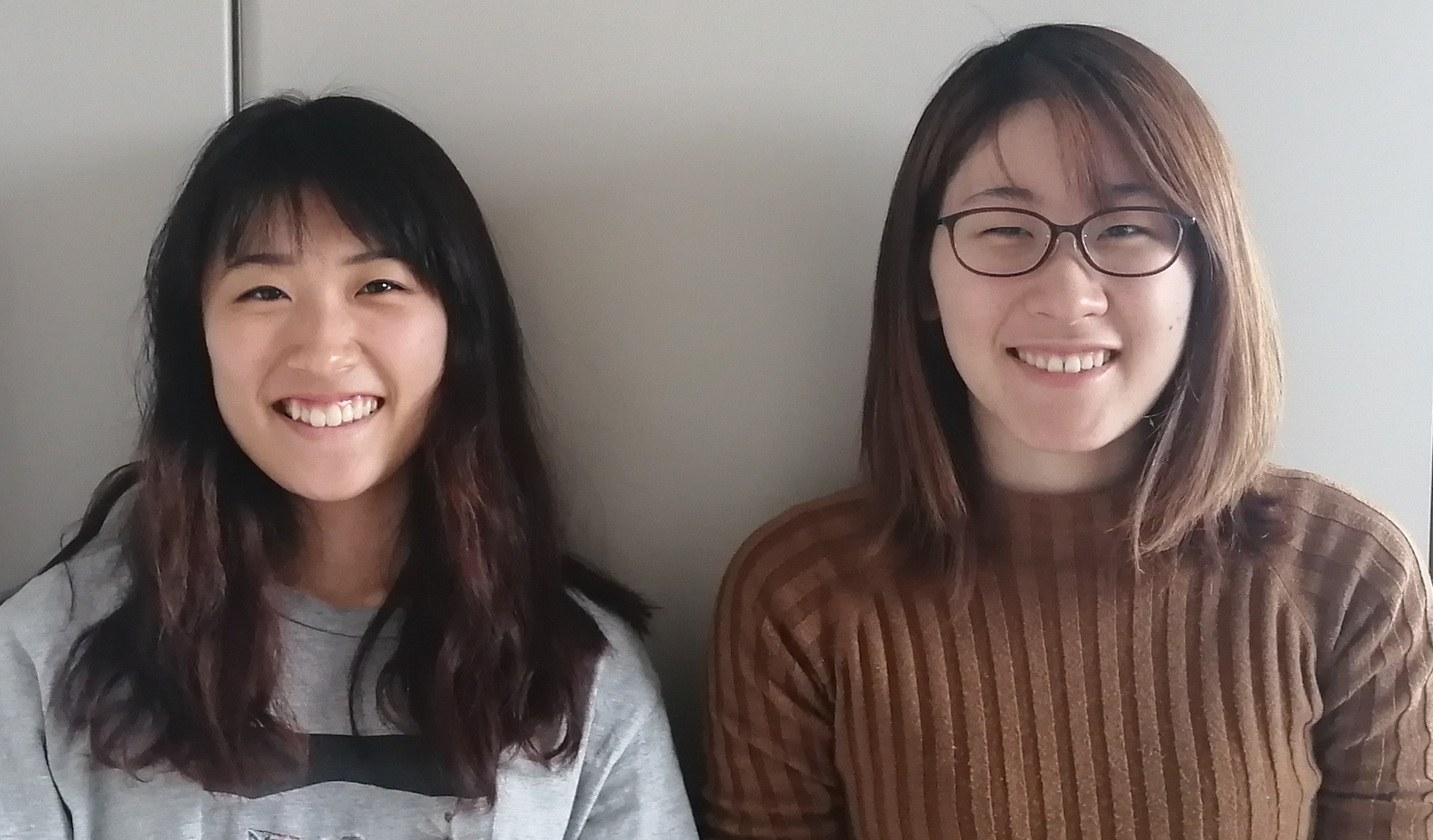 Minasa (left) and Suzuka (right) are 4th year students who joined our lab this April. Minasa will be working on the amygdala of whales and Suzuka will analyses the hippocampus of Pinnipeds. Welcome and good luck!